This year I have a group of children who are really struggling to write in sentences.  At some point along the way they have not understood how to write clearly.  They are not the weakest readers in the class and nor is their speech and language lagging behind - they simply haven't grasped how and where to put full stops in the right place.

I have tried a few techniques for getting them to correct their work and learn to start a new sentence correctly.  There is not one solution to this problem and neither will the same technique work for every child but you will see that these strategies can and have made a difference to these children.

Firstly, I started correcting the sentences for the children but this wasn't effective. 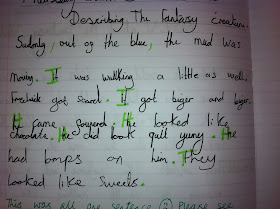 Next, I began drawing a line to show the children where the sentences go so that they could add in the capital letters and full stops.  This was more successful but they still didn't understand where to put the sentence end in the first place. 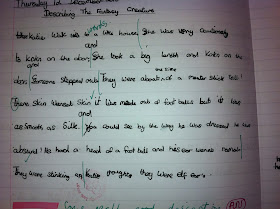 I was mostly out of ideas so at this point I turned to Twitter for help.  I cannot find who gave me this idea but someone suggest they write each sentence out in a different colour.  They tried it and enjoyed it and it made the sentences really obvious to them.  It also was kinesthetic; physically putting the pen down at the end of each sentence. For most children this made a difference and, with my help reading through their work, it enabled them to write in clear sentences. 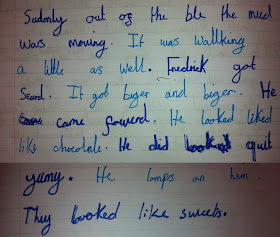 However, the journey of one boy in my class was not so straight forward.  I let him write the piece of work independently before I read it aloud as it should read - with the full stops in the wrong place. Next, I would get him to read it to me and I would put in sentences (indicated by a line in the picture below) when he took a breath. 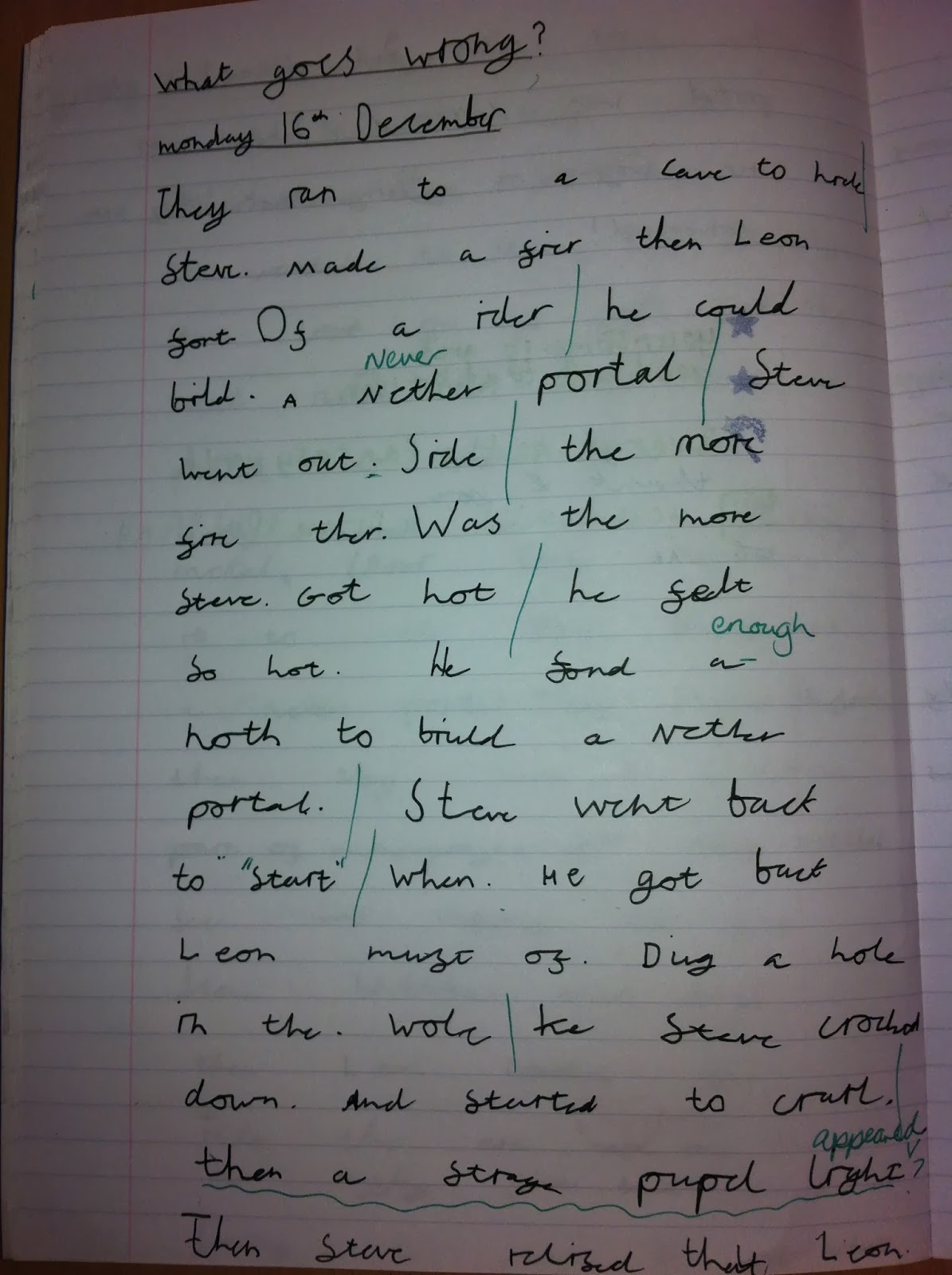 Then, like the other children, he would rewrite it with alternating sentences in different colours. 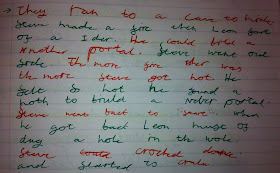 Unfortunately this still wasn't working so we tried another technique which was suggested on Twitter: highlighting.  He wrote this independently, then we went through it together, highlighting alternating sentences. 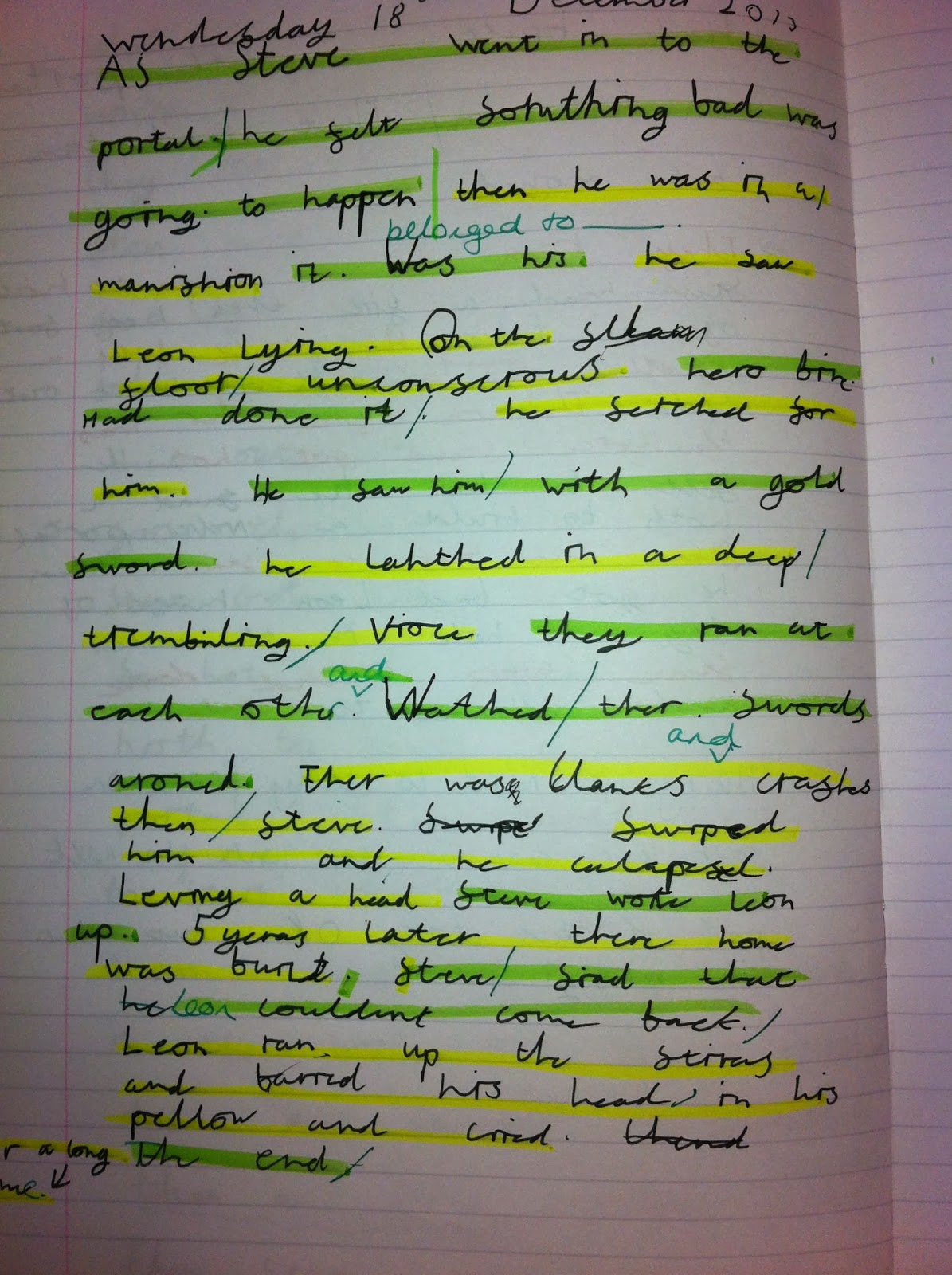 He then rewrote it correctly and highlighted the sentence punctuation using the colour key at the top. 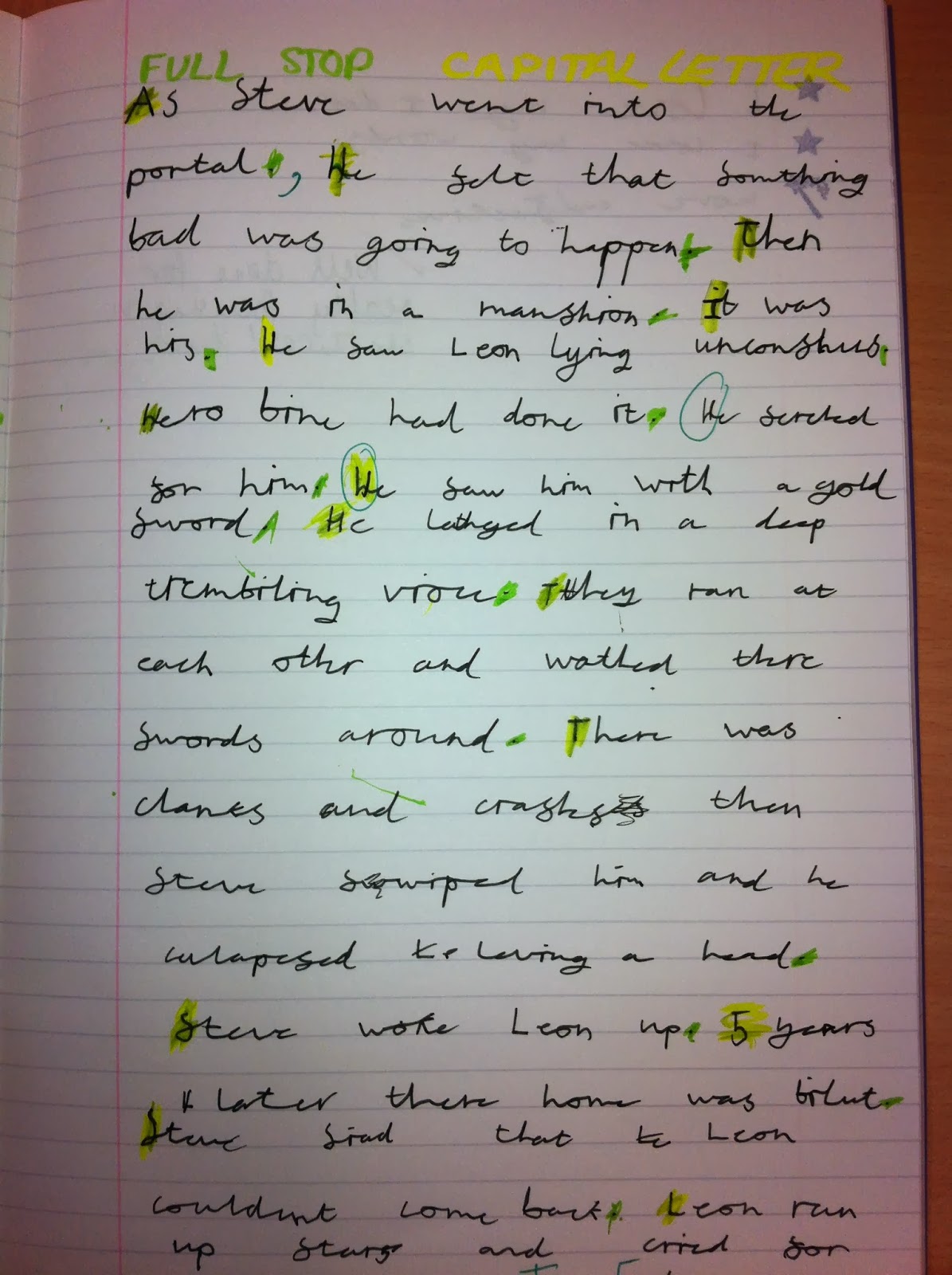 After the Christmas holidays, he was doing much better and would independently highlight the sentence punctuation, reading aloud to ensure it was correct. 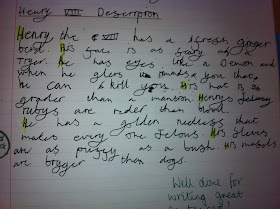 Below is the most recent piece of work he did.  Not only has he used the correct sentence punctuation but he has also included commas in a list and to show a clause. Big cheer, happy teacher, sentences: sorted! 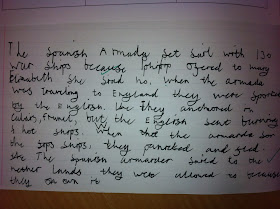 Thanks for your comment. All comments are moderated before they are posted so may take a short time to appear on the page.